At Una Sera a Napoli, NWLA’s first annual gala on October 13th, guests will be entertained with live performances by members of the Puget Sound Concert Opera, who will sweep guest into the rich history of Italian opera and song.  Below, meet the performers and get a preview of what’s in store.  For tickets to the event, call 360-321-2101 or email [email protected]

Lyric tenor Gino Lucchetti of Seattle is well-known for his distinguished artistry, impeccable timing, and what the legendary soprano Jane Eaglen called “high notes so natural and gorgeous that no one should mess with them.” Gino most recently appeared as Rodolfo in Kitsap Opera’s La Bohème, the Verdi Requiem tenor soloist for the Kirkland Choral Society, Alfredo in Die Fledermaus with Bellevue Opera, Don José in Lyric Opera Northwest’s production of Carmen, Turiddu inCavalleria Rusticana with Concert Opera of Seattle, and as the tenor leads in Tacoma Opera’s production of Donizetti’s Viva la Mamma and Black Box Theater production of Ned Rorem’s Three Sisters and Bertha. He has performed roles for Seattle Opera and the Seattle Symphony, and is a regular performer for the Seattle Opera Guild, where his roles have included Rodolfo, Faust, Duke of Mantua, Manrico, Lindoro, Nemorino, Don José, Des Grieux (Puccini and Massenet), MacDuff, Pollione, Florestan, Calaf and King Kaspar. Upcoming roles include Canio and Cavaradossi. Gino’s oratorio repertoire includes Verdi’s Requiem, Mendelssohn’s Elijah, Rossini’s Stabat Mater, and Handel’s Messiah and Judas Maccabeus. A past member of the Seattle Opera Young Artists Program, Gino was selected by Seattle Symphony as one of only three Pacific Northwest singers to participate in a public master class taught by Jane Eaglen. He also has recorded “La Serenata,” a collection of popular Italian songs and arias; appears in the popular Gabriel Knight series of video games produced by Sierra On-line; and sings frequently for concert series, festivals, private events and restaurants. 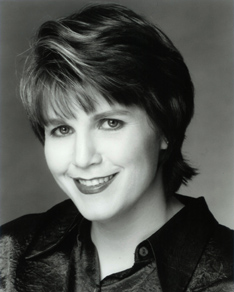 “Sings opera favorites beautifully” – The Seattle Weekly. Ms. Chaussee  has performed with Seattle Opera in their productions of Manon, Tosca, Eugene Onegin, Otello and Faust.  She has appeared with Kitsap Opera as Azucena in Il Trovatore and has performed Mama Lucia in their production of Cavalleria Rusticana and as Maddalena in Rigoletto.  She performed in Hansel & Gretel as the Mother with Renegade Opera.  Her other roles include the Mother in Amahl and the Night Visitors , Ludmilla in The Bartered Bride and Diana in Thespis.  She was a soloist for the Whidbey Island Bach Festival and has sung the national anthem for the Seattle Mariners.  She is a former first place winner of the National Association of Teachers of Singing NW Division Competition. Ms. Chaussee is a graduate of Seattle Pacific University and attended the American Institute of Musical Studies in New York City.