“It is easier to move mountains than to move minds.” Most of us can attest to the truth of this ancient Chinese proverb, both in our relationships with others and in our own minds.  We like to think of ourselves as open-minded and flexible, but experience shows that quite the opposite is often true: that we are, for the most part, deeply entrenched in our own systems of belief. Just consider your last “conversation” with your own family.

What’s going on? Part of the story has to do with what we see and hear – and what we don’t. Our actual sensations – and therefore our perceptions – can differ significantly, and many are fundamentally determined by our culture.

Human perception according to brain research is a three-step process: selection (what neurological sensations the brain let’s in), organization (where the brain puts it), and interpretation (what conclusions the brain makes). Each of these steps is affected by our culture.

It is easier to see this process when contrasting markedly divergent cultures – for example Western and Eastern. But consider that, in the end, this is only a matter of degree, and on a daily basis we experiencing the same phenomenon in much subtler and therefore nearly invisible form within our own milieu. 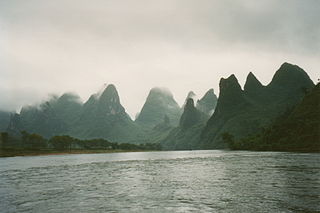 The concept of “high” and “low” context (Edward T. Hall, 1979) has been used to describe how this works.  Cultures, in which little meaning is determined by context, because the message is encoded in an explicit code, are labeled low context. Cultures, in which less has to be said or written, because more meaning already exists in the physical environment or is already shared, are labeled high context.

Modern Eastern cultures (high context cultures), for instance, are broadly inclined to see a world of substances – continuous masses of matter, often described as a holistic view, focusing on “continuities” and “inter-relationships.” Modern Westerners (who live in low context cultures) see a world of objects – discrete and unconnected things.  Theirs is often described as an analytic view, focusing on bits and pieces and their attributes rather than on a whole.

The Japanese tea ceremony is an excellent example of a high-context experience. Nothing is spoken; meaning exists in the context of shared experience, in the teahouse, the flower arrangement, the calligraphy scroll, and the ceramics. A typical response from a low-context observer might be, “Hurry up and drink the tea!”  Our Western social experiences over coffee take little meaning from context and more from conversation—from the words that are spoken inside whatever context is there.

The concept of high and low context also applies to self-understanding. In Western culture, one speaks of a person as having attributes independent of circumstances and personal relations. The Western self is a free agent that can move from group to group, from setting to setting, without significant change. But in Eastern cultures, the person is seen as connected, fluid, and conditional. It is participation in relationships that makes it possible to act; completely independent behavior usually isn’t thought of as feasible, or even desirable (Nisbett, 2003).

The Greek idea of a strong individual identity and the Chinese idea of harmony has affected both the sensation and perception process in each culture.

Is there any hope that the immense and widening schism that is now becoming apparent more-or-less everywhere we look–from our socio-economic and political systems, to the relationship between nations, to our own minds–can be bridged?

“The man who moved a mountain was the one who began carrying away small stones,” another Chinese proverb goes.  How quaint and folkloric this sounds to our Western ears, how impractical and ultimately absurd. Perseverance and courage cannot possibly make a dent in the huge mountains of our urgent, global problems.

But let’s hear the story again – perhaps with a small attempt at listening past our cultural edge:

Old Man Yu Gong of the North Mountain was about ninety years old and he lived in a house facing the mountains. He did not like the mountains blocking his way and making him go up and down or around the mountains whenever he left home. One day, he asked his families to come together and said to them, “You and I shall set to work with all our strength and level the mountains so that we may have a path leading straight and clear to the northern bank of the Han River. What do you say?” The family agreed, but his wife was worried, “With your strength, you can’t even do anything with a little hill. How can you move the two great mountains away? Besides, where are you going to put away all the rocks and soil?” The Old Man said, “We can throw them into the end of the Bohai Sea and the north of Yintu (Siberia).”

He then led three of his children and grandchildren, who could carry loads, chip the rocks and shovel the soil, and carried them in baskets to the end of the Bohai Sea. An orphan boy of the neighbor’s widow, who had just shed his milk teeth, jumped along and came to help them and returned home once a season. The Wise Man of Nearby laughed at Old Man Yu and tried to stop him, saying, “What a fool you are! With all the strength and years left for you, you can’t even scratch the surface of this mountain. What can you do about the rocks and soil?” Old Man Yu Gong drew a deep breath and said, “Your mind is so blocked up that you cannot think straight. I cannot achieve my will, definitely, but when I die, there will be my children to carry on the work, and the children will have grandchildren, and the grandchildren will again have children. So my children and grandchildren are endless, while the mountains cannot grow bigger in size. Why shouldn’t they be leveled some day?” The Wise Man could not make any reply.

Now the Mountain God overhearing this, became worried that the leveling of the mountains would not cease, and went to speak directly to God. God was touched by Old Man Yu’s sincerity of heart and ordered two of His Sons to carry away the two mountains, and they placed one in Shuodong and one in Yongna. From then on, the south of Jizhou and north of the Han River became level ground, and the spirit of the Old Man Yu Gong has been passing down.

All elements of a culture interrelate. Half of China is mountainous. China has the oldest continuing culture of any nation in the world today.

In 2014, the Chinese year of the Horse, we at NWLA Cultural Center will be focusing our attention on the great Chinese Cultural traditions. Starting April 5th,  with a celebration of the ancient Lu Mien tribes, which left China many generations ago, moving great mountains, and by way of Laos and Thailand brought their rich cultural heritage to the USA. Join us for this and many other opportunities at NWLA to enhance our Cultural Intelligence.

And here is one more Chinese Proverb…

Wishing us all a healthy, prosperous and awake new year 2014!