As we prepare to “Discover Ethiopia” on Saturday, April 27th at NWLA’s Language of Food Event, here are 10 surprising and tantalizing facts about this rich and ancient country: 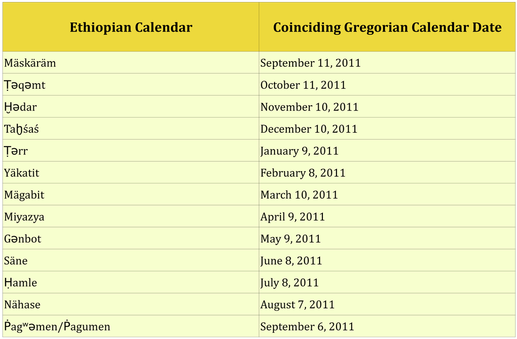 1. The Ethiopian calendar, called the Ge’ez Calendar, is composed of 12 months plus five extra days that comprise a 13th month.  Every four years, without exception, there is a 6th day in the extra month.  This system is based on the Coptic or Alexandrian calendar, and the New Year begins the year on September 11th by our reckoning.

3. Ethiopia has close ties to all three Abrahamic religions–it’s one of the few countries to be mentioned in both the Bible and the Koran.  It was the site of the first hijra in Islamic history, and the oldest Muslim settlement in Africa, at Negash.  It’s among the oldest Christian nations in the world, and the Coptic churches in the country are also some of the world’s oldest, including the rock-hewn churches at Laibela and the Church of Our Lady Mary of Zion in Aksum, which some claims houses the Ark of the Covenant.  Until the 1980s, there was also a large population of Ethiopian Jews, the Beta Israel, but most of these emigrated to Israel during the aliyah operations of  1984 and 1991.  Now, Christians form a majority of the population, with Muslims constituting about a third, while smaller numbers of Ethiopians practice Judaism, Baha’i, and traditional Animist religions.

4. Ethiopia is the spiritual homeland of the Rastafari movement.  Emperor Haile Selassie I, who was the country’s regent from 1916 to 1930, is worshiped as god incarnate by adherents. (His birth name, Tafari, and title “Ras,” meaning “head,” give the movement its name.) Selassie is viewed as the messiah who will lead the people of the African diaspora to freedom, peace, and prosperity.  He was heir to a dynasty thought to have descended from King Solomon and Queen Makeda, better known as the Queen of Sheba.  Selassie visited Jamaica several times, and never denied or affirmed the Jamaicans’s claims of his divinity. 5. In Greek mythology, Cassiopeia was the wife of king Cepheus of Ethiopia.  Her boast that she and her daughter Andromeda were more beautiful than the nereids brought Poseidon’s wrath on the kingdom of Ethiopia.  In punishment, Poseidon put Cassiopeia into the heavens tied to a chair, in such a position that she is upside-down half of the year. 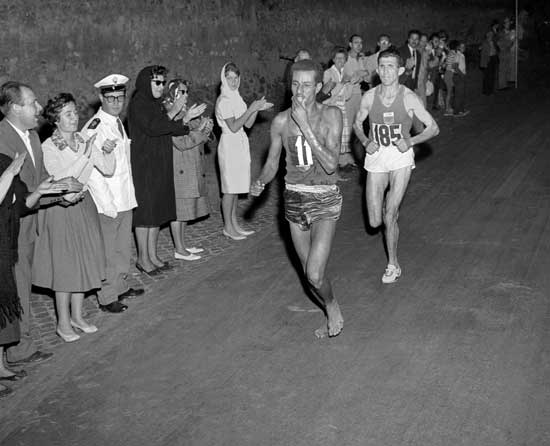 6. Ethiopia is well-known for producing some of the world’s fastest long-distance runners.  Three Ethipians dominate the distance running world: Haile Gebreselassie, who has set over 20 new world records and holds the records for the 20 km, 25 km, half- and full-marathon; and Kenenisa Bekele, who holds the records for the 5,000 and 10,000 meter races.  Abebe Bikila, the first African to win an Olympic metal, at the 1960 Summer Olympic in Rome, won the marathon with a record time of 2:15:16.2, and repeated his win four years later with another world record time. He ran his world-record-breaking race in Rome barefoot. 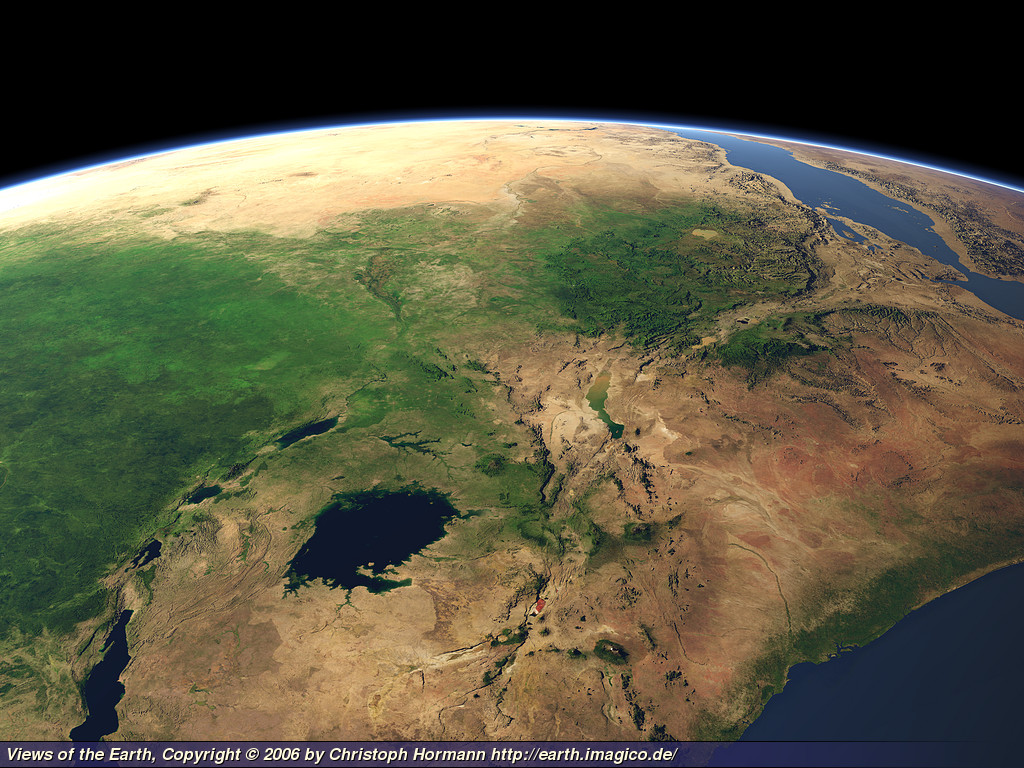 7. Ethiopia boasts several Geographic oddities.  The Danakil Depression (also known as the Afar Depression or the Afar Triangle) found in North Eastern Ethiopia is the year-round hottest place anywhere on earth.  It is one of the lowest points on the African continent–at 116m below sea level–and home to one of the only lava lakes in the world–at the Erta Ale volcano.  The Great Rift Valley, which is visible from space as one of the most significant features of the planet, cuts through Ethiopia from northeast to south.

8. Teff, the grain used to make the indispensable Ethiopian flatbread injera, is thought to have originated in Ethiopia between 4000BC and 1000BC.  It may be the smallest grain in the world, but it a nutritional powerhouse, being high in calcium, phosphorous, iron, copper, aluminum, barium and thiamine as well as a good source of protein, amino acids, carbohydrates and fiber.  It’s also gluten-free.

9. Ethiopia has sheltered some of the world’s rarest animals: there are 31 endemic species of mammals; 24 of amphibians; 9 of reptiles; and 4 of fish.  Among these is the Gelada Baboon (which is not, in fact, a baboon), found only in the country’s highlands.  They are usually placed in their own genus, of which they are the only surviving member.  The monkeys graze on grass in Ethiopia’s Semien Mountains.  These same mountains also shelter the rarest canid in the world, the Ethiopian Wolf, and the endangered Walia Ibex, known as the “Ethiopian Capricorn.’ 10. The Middle Awash, in the Afar Depression, is considered one of the cradles of humankind, and has been a treasure trove for archeologists.  A number of Pleistocene and Miocene hominid remains–including the famous “Lucy” skeleton–have been found at the site, as well as some of the oldest stone artifacts and fire-baked clay pieces ever discovered.  The relicts date from the time human and chimpanzee lineages are thought to have split, around 5 to 7 million years ago.